The purpose of the Collier County Women’s Bar Association is the “promotion, recognition and encouragement of the contributions of women within the legal profession and judiciary, improvement of the administration of justice and the elevation of judicial standards, promotion of the study of law particularly among women, dissemination of legal knowledge to all members of the community and improvement of relations between members of the Bar, judiciary and public.”

In the 1980’s and early 1990’s, Helen Sundgren maintained a listing of all the women lawyers in Naples. Each month Helen Sundgren, Kathleen Passidomo. Brenda Wilson, Jana Jay and others would meet for lunch with the main location requirement being that the restaurant allowed separate checks. This was the beginning of an informal women’s bar in Collier County. Later, this group joined the Southwest Florida Chapter of the Florida Association of Women Lawyers (FAWL). They tried to bridge the Lee/Collier geography gap with evening meetings held mid-way in Bonita Springs. This did not work very well for attendance; however, it did result in women from both counties recruiting Judge Cynthia Ellis (now Judge Pivacek) for appointment to the bench and supporting Judge Ellis when she had opposition for election. At that time meetings of the Southwest Florida Chapter gravitated to Fort Myers and to the noon hour which was not convenient for Collier County participation.

Another early tradition arose when Helen Sundgren opened her law practice in Naples in 1986. Helen invited women lawyers to her office each year for a holiday party. After Helen closed her office, Vicki Ho picked up the tradition and it evolved into the annual holiday reception held each year by the CCWBA. Sharon Hanlon arrived in Naples in 1992 with a vision of a Collier County women’s bar and the energy to make it happen. Judith McCaffrey was her cheerleader as they pondered what to do about getting to know other women lawyers in town. Judith and Sharon moved to Naples the same month, Judith from Washington, D.C. and Sharon from Michigan. Each had been very active in women’s bar organizations in the north. Judith was sharing space at the Vega Brown law firm and had the office next to Sharon. How fortunate for them and us! They both missed the companionship of women attorneys and thought Naples needed a women’s bar. Judith provided the encouragement while Sharon organized the meetings.

In 1993, Sharon solicited about six women, including Kim Johnson, Meg Steinbeck, Helen Sundgren and Judith McCaffrey, to sign a letter to all women attorneys in Collier County asking whether there was interest in formally organizing a women’s bar. The first letter went out in January of 1993 and the first lunch was held in April of 1993. Luckily for us, the Florida Bar Association was holding its May 1993 meeting at the Ritz in Naples. Sharon contacted several women members of the Board of Governors, including Pat Seitz, and asked them if they would meet with the newly formed Collier County Women’s Bar members for breakfast. The three or four women governors met with about 20 Collier women lawyers for breakfast at the Ritz hosted by our Collier County Women’s Bar. This event was the kickoff of the new Collier County Women’s Bar Association.

From that point forward, the CCWBA began holding monthly lunch meetings. The CCWBA started with about 15 female members. In 1993, Sharon received several phone calls from male attorneys asking if men were being excluded. Sharon asked them to join and Ben Parks became the first male member. The CCWBA became a member of FAWL in 1994.

The CCWBA strives (1) to foster relationships among women attorneys; (2) to foster referral sources; and (3) to provide women from different specialty areas a chance to meet other women. Membership is available to female and male lawyers and law students, and affiliate membership also is available for non-lawyers. 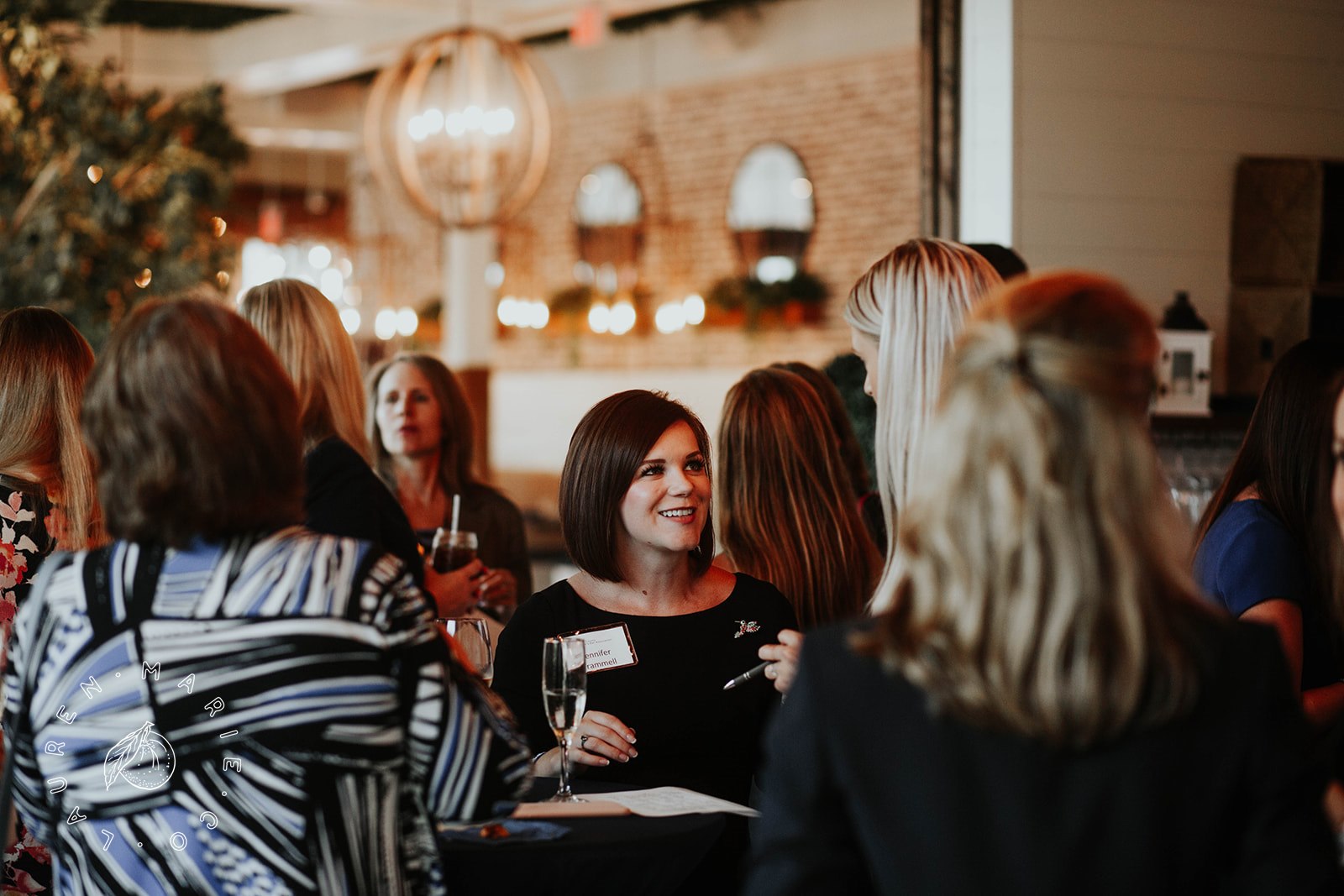 Our annual networking happy hour is back!